10 exciting bushfoods you can now find in South Australia

Though these species have been around for hundreds (thousands!) of years, many Australians have never even heard of them. So here are 10 interesting bushfood plants you may never have heard of — that just got easier to find! 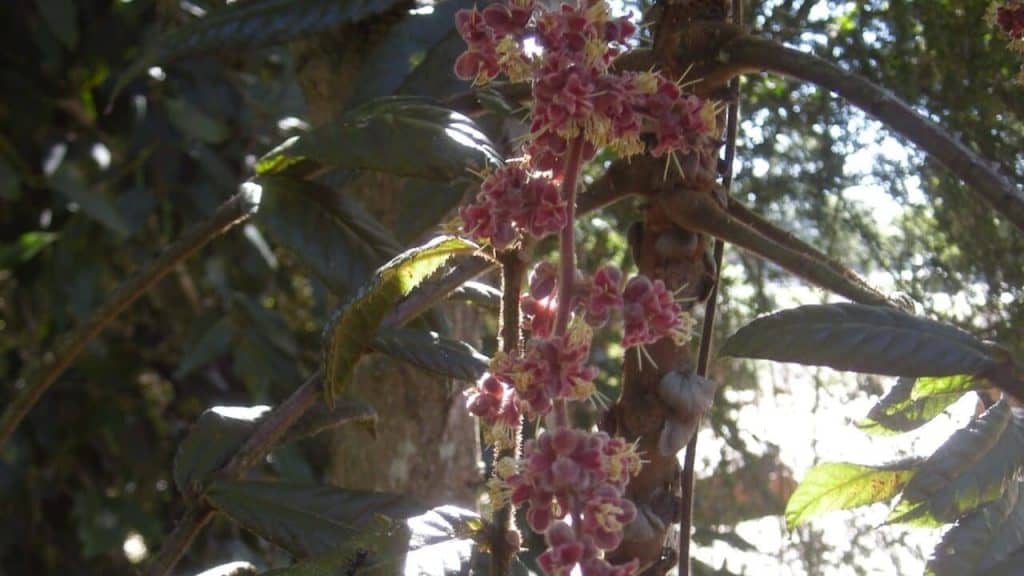 This ornamental beauty is also known as the QLD Davidson Plum, and has been an Aboriginal favourite for thousands of years. Each summer, it produces clusters of purple fruit, packed with antioxidants and vitamins, with a sour-sweet flavour that works with both desserts and savoury dishes. It grows slender and palm-like, reaching 4-8m in a home garden. 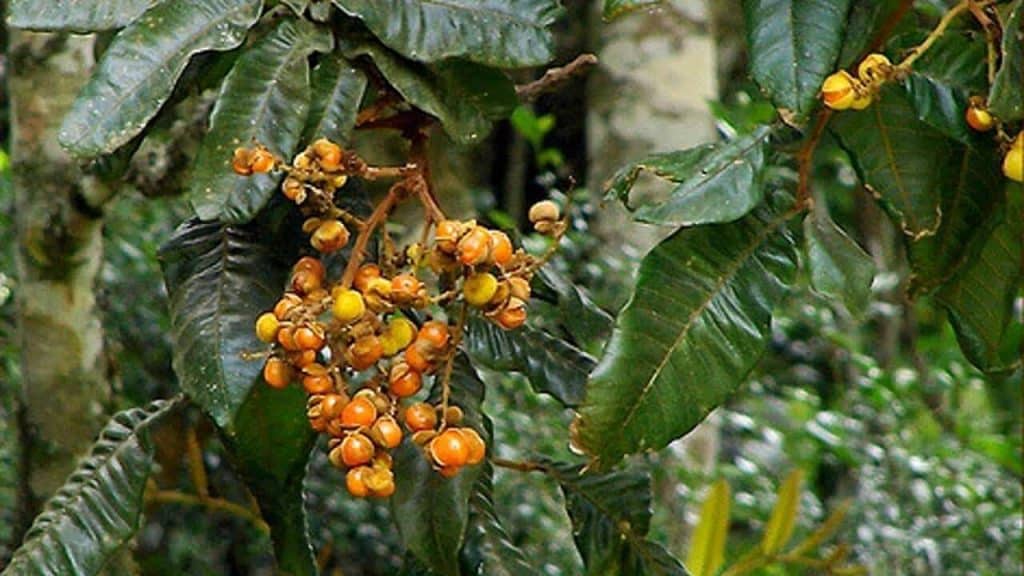 Though similar in taste to the Asian tamarind, our Large Leaf Tamarind is a gully tree native to the temperate and subtropical regions along the east coast. In the Summer, it produces tangy yellow-orange berries about the size of a small fig. You’ll be fighting the birds for this one, but don’t worry — this species fruits like crazy; there’ll be plenty to go around. This tree can grow up to 8m tall, but can still thrive in a large pot with regular pruning. 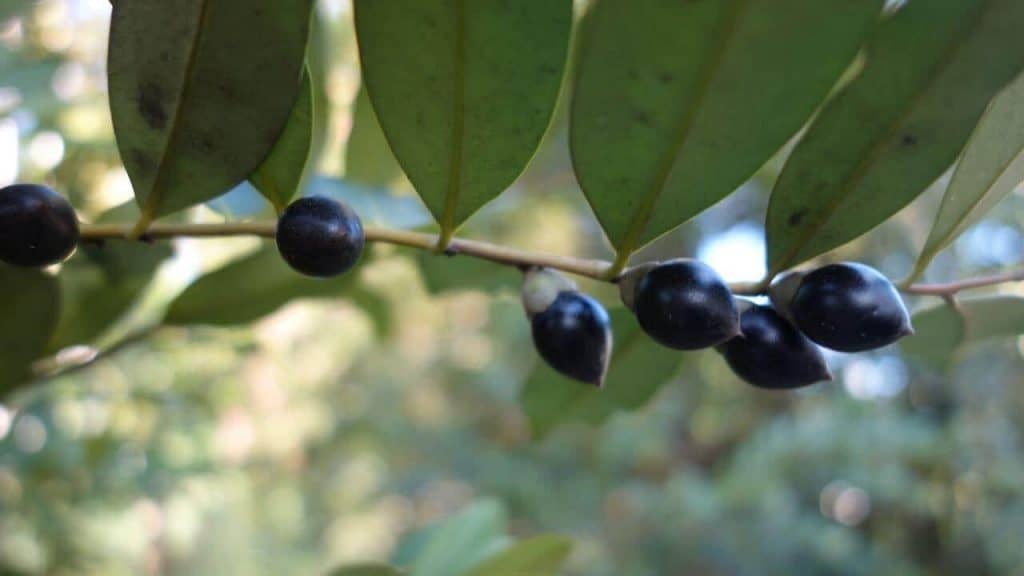 Known as Burrpurr in the Yolgnu language, the Black Plum is a rainforest bushfood found from New South Wales to tropical Queensland. Rather than large plums, they produce sweet plum-coloured berries perfect for making jellies, chutneys and jams. They’re self-pollinating, but we recommend planting two or more trees together to improve your chances of fruiting. 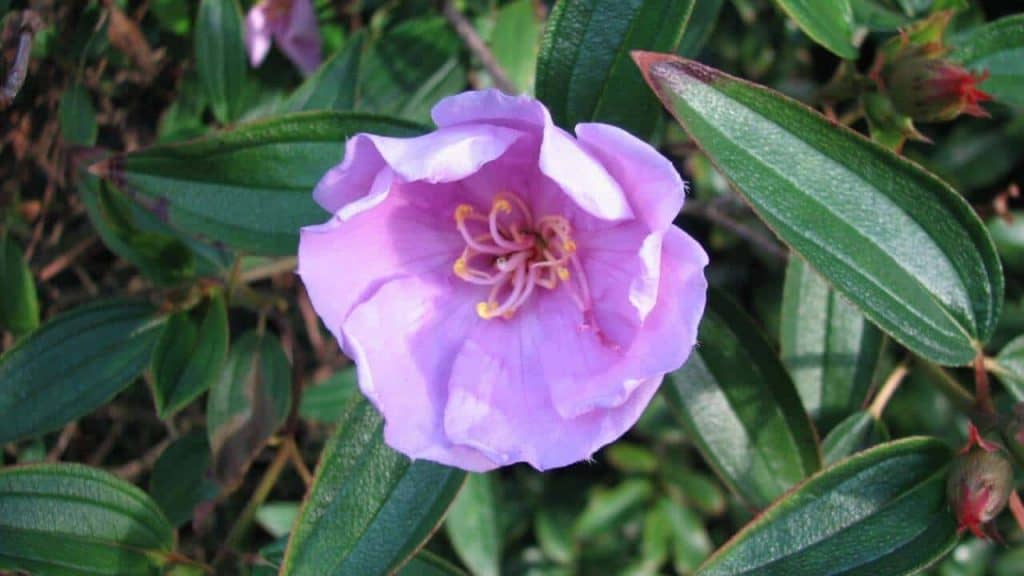 A great one for kids! Blue Tongue gets its name from its sweet blue berries that stain the mouth. In the wild, they can be found in the Kimberley region of WA, across the Northern Territory and Queensland, and as far south as Kempsey on the NSW coast — which should tell you just how hardy they are. This flowery, pollinator-attracting evergreen grows quickly, reaching heights of up to 3m. 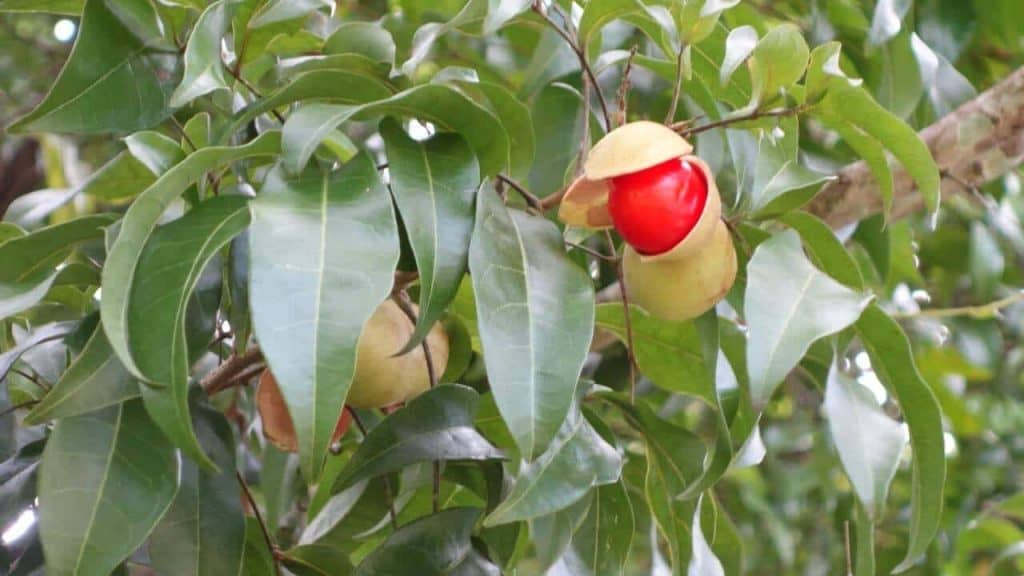 The Small-leaved Tamarind is a beautiful ornamental tree that fruits in a distinctive way toward the end of Summer. The fruit starts out as yellow-brown bulbs that eventually split open when ripe, revealing the bright red edible flesh. Recipe favourites for this tamarind include jams, sauces, coulis and spreads, but you’ll also find it a great accompaniment for cheese. In a home garden, expect heights of 7-10m with a dense, shady canopy. 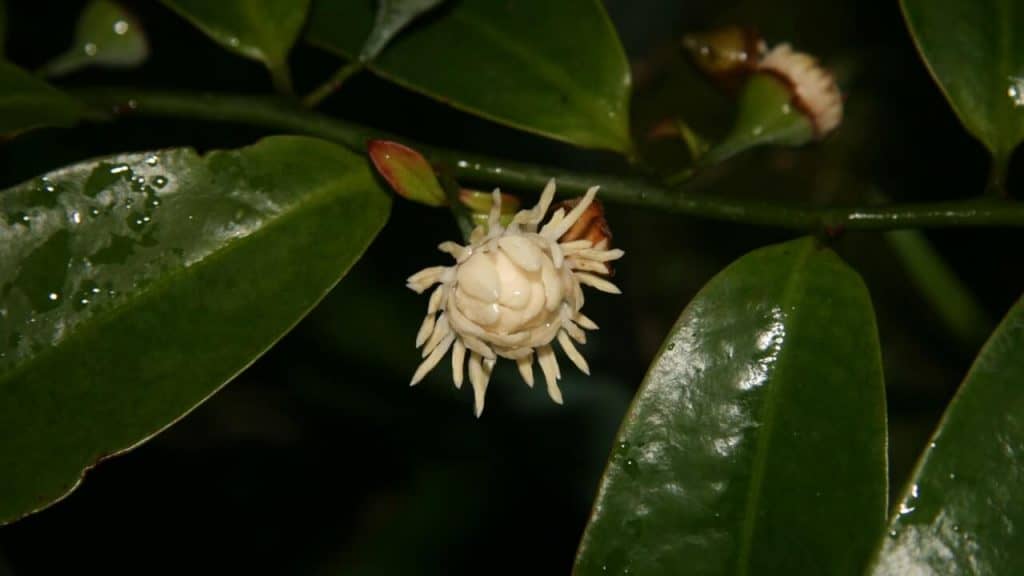 Descended from the first flowering plants of Gondwana, the Bolwarra (Native Guava) is a traditional Aboriginal delight. It bears heavily perfumed flowers in the Summer, which turn into sweet and creamy fruit that can be used in savoury dishes, beverages and desserts. Dried and crushed, you can also use them as a flavouring spice. In the ground, this tropical shrub can grow up to 5m in height and 3m in width, but may be kept small in pots with adequate pruning. 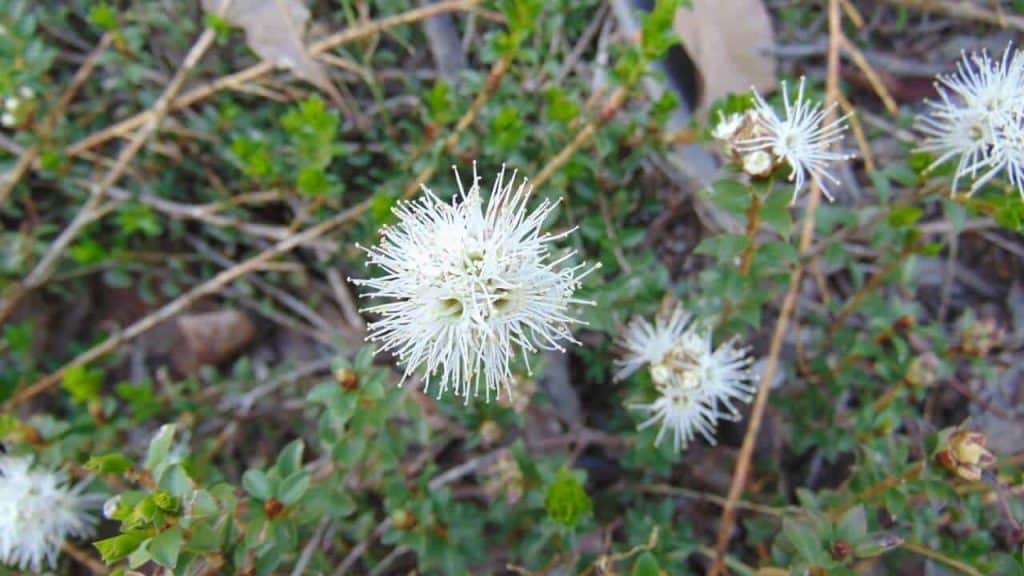 For the Narrindieri people of the Coorong, Muntries are an old favourite, and were often traded with other tribes. Also known colloquially as “emu apples”, this berry-producing plant was one of the first species of edible Australian natives introduced to England. Muntries may be enjoyed raw in salads and platters, or cooked in pies, muffins, puddings or jams. They contain up to four times more antioxidants than blueberries. This is a dense groundcovering species, but we recommend growing them upright or on a low trellis for easier harvesting. 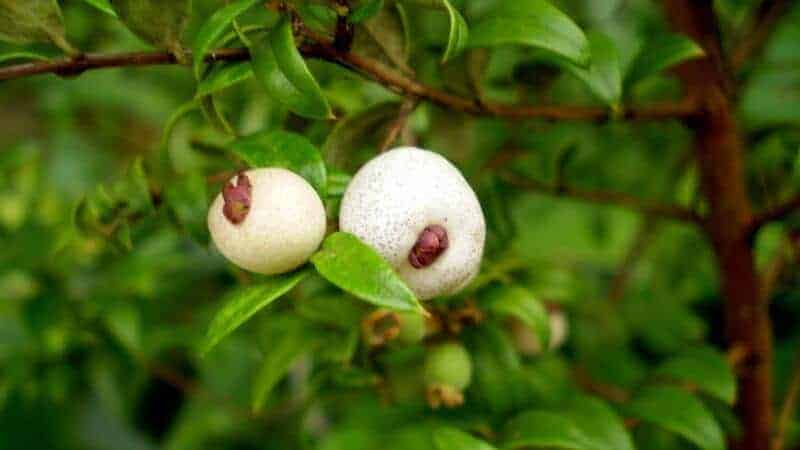 Out of all the Australian bush fruits, Midyim Berries (midgen berries) are the sweetest of all. They’re similar to a blueberry in size and taste, but are white and purple-speckled in appearance. Out in the wild, you’ll find the Midyim shrub in sandy soils across heath, scrub, open forest and rainforest margin terrains in NSW and QLD. Though it can grow up to 2m, it can easily be kept smaller in a pot or as a hedge. 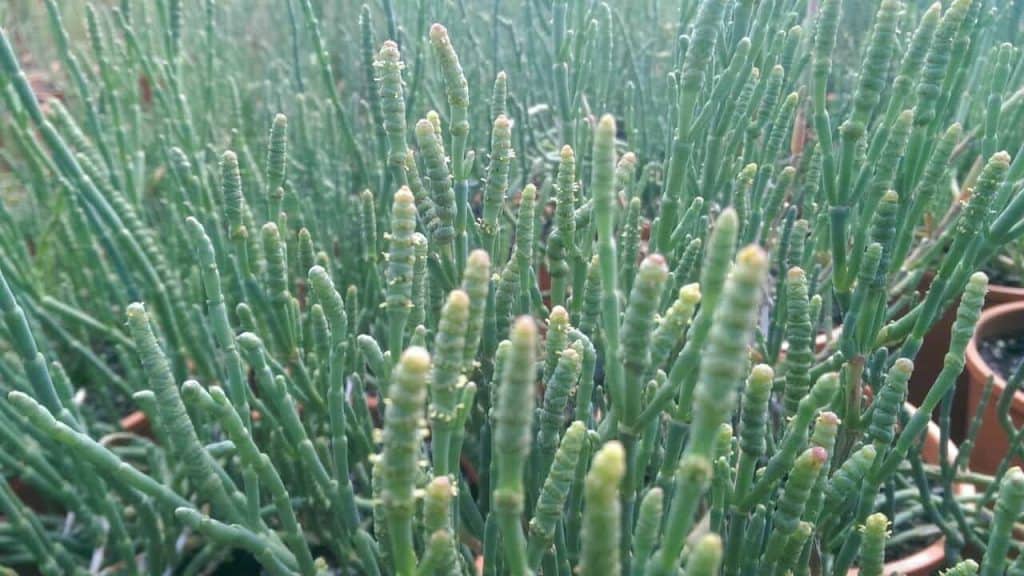 This edible succulent, WA Samphire (aka. sea asparagus), is a deliciously salty treat that’s high in vitamin A and a good source of calcium and iron. The ‘leaves’ are similar to asparagus in texture, and may be eaten raw, sautéed or blanched and tossed with olive oil and lemon. Naturally, it’s a great green to serve with seafoods and salads, or used as a flavoursome garnish. It’s adapted to a range of conditions, but like most succulents, it does best in sandy, free-draining soil. When mass-planted, it can provide shelter for small birds and backyard lizards.

A very versatile plant. Like Asian ginger, the Red Back Australian Ginger grows from a spicy rhizome that may be used in teas, candies, jams, desserts and savoury dishes. The bright blue fruit may also be eaten (but not the seeds!) — these have a pleasant lemon-ginger flavour and were often chewed by Aboriginal nomads to moisten the mouth. This is a moisture-loving, shade-loving plant, perfect for gaps, pots and narrow beds along the garden fence.
Check out our Stores page for a full list of stores carrying the Tucker Bush range.