Blue Quandong (also called Blue Marble Tree or Blue Fig, though it is not a type of fig) is more commonly grown as an ornamental, prized for its beautiful wood, attractive flowers and bright blue fruit. In Aboriginal cooking, the fresh fruit was mixed with water to make an edible paste. You’ll find this tree growing wild in the rainforest regions of Queensland and New South Wales.

Blue Quandong fruits are round in shape, growing to 2-3cm in diameter. The skin is a brilliant blue, produced by a microscopic structure similar to iridescent bird and butterfly wings. Inside, the flesh is thin and pale green, surrounding a hard seed with a bumpy texture. These seeds go by the name of “rudrashka” in India and Nepal, where they are used in prayer beads and jewellery. Despite the fruits having a tangy, bitter flavour and meagre flesh, they were still a popular bushfood in Aboriginal cuisine. European settlers were also known to use them in jams and pies.

This species flowers abundantly from Autumn through Winter, with fruiting from Spring onward. Harvest them directly off the branch or collect them from around the base of the tree.

As a rainforest plant, this tree grows well in full sun and part shade, preferring rich soils that retain moisture but drain easily. It tolerates light frost and some drought, but does best if sheltered in Winter and watered well in Summer. Leaves start out a bright, light green and turn red before they fall. Between the foliage, flowers and fruit, expect a decorative showing throughout the entire year.

This is one of Australia’s fastest growing rainforest species, reaching heights of up to 30m or more with a spread of up to 8m. Out of its native tropical environment, however, you can expect about half this height. Blue Quandong tends to be too large a tree for smaller suburban gardens, but it’s definitely a must-have for larger acreage blocks and parks. Due to its fast growth, it’s not ideal as a gap filler or hedge plant, but we’d recommend it as a magnificent shade tree in a tropical, subtropical or temperate garden.

Do I need to plant other species with my Blue Quandong?

Unlike the Native Peach (Santalum acuminatum), the “Desert Quandong”, Blue Quandong isn’t a parasitic species. This tree will grow fine on its own without nearby host plants.

What animals will my Blue Quandong attract?

Depending on the fauna where you live, your Blue Quandong tree may attract wompoo and topknot pigeons, spotted catbirds, tooth-billed bowerbirds and flying foxes.

Why is my Blue Quandong not producing fruit?

Your tree may not be old enough yet. In a warm climate, a healthy Blue Quandong will fruit from age 7.

How often should I fertilise my Blue Quandong?

Once a year with a slow release native plant fertiliser. 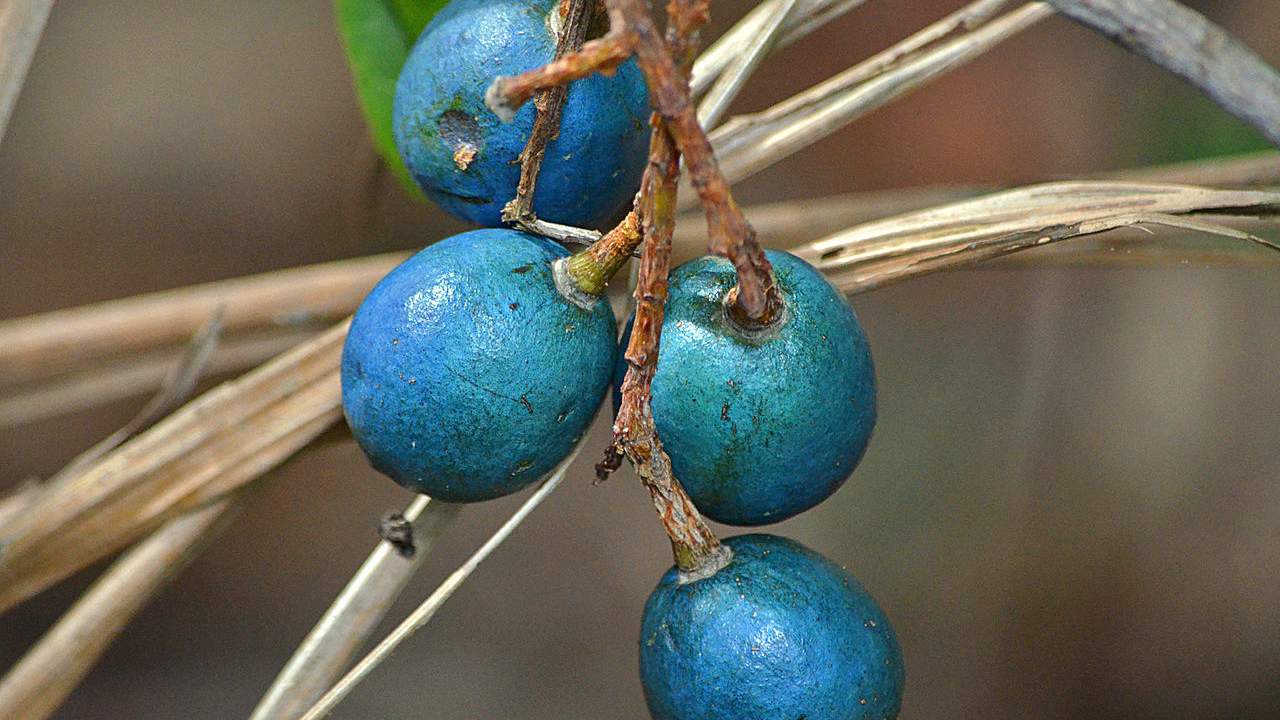 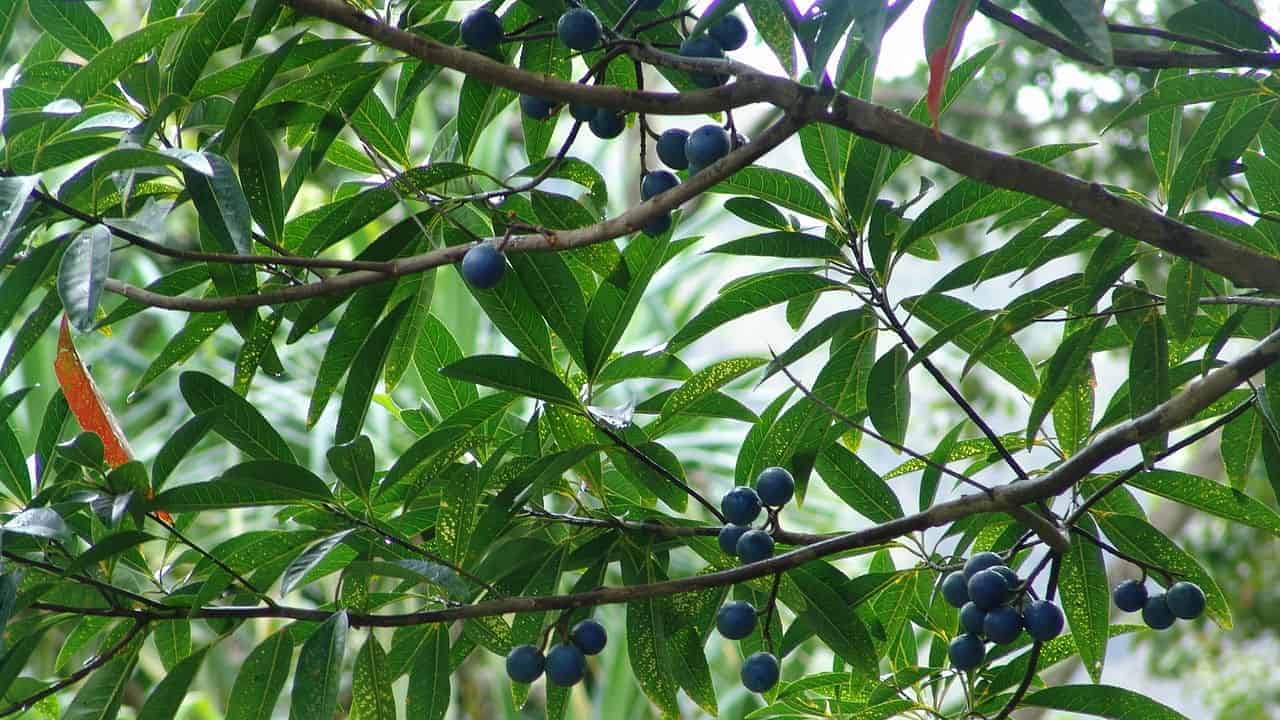