Can Bushfood Gardening Make Us Happier? 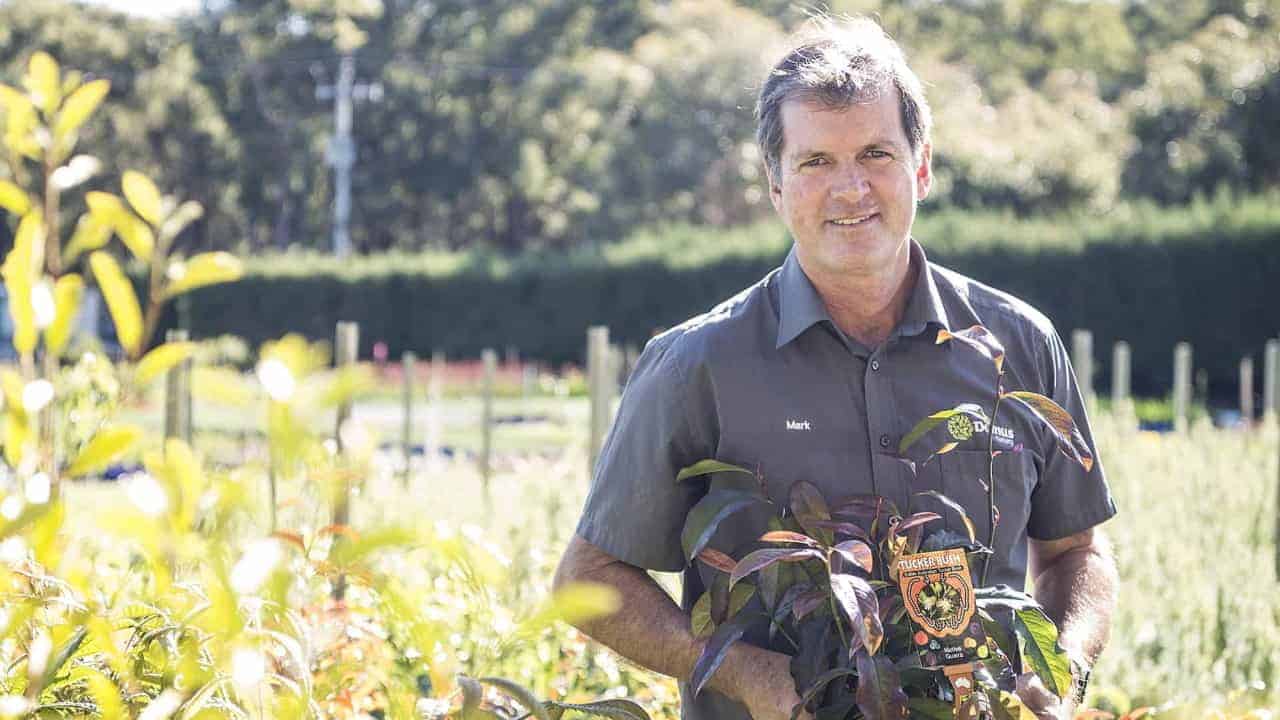 1 in every 5 Australians — about 4 million people — suffers from a mental illness in a given year, and almost half the population has suffered a mental disorder at some time in their life. (source)

Mental health is tricky to discuss at the best of times. We’re not doctors and we do know first-hand the frustrations of being given “good advice” that’s never actually as good as it sounds. But one thing we can certainly appreciate is the therapeutic value of connecting with nature.

Are we happier in nature?

Studies in recent years have unearthed interesting findings about how nature can affect the human mind and body. According to a 2018 article on Harvard Health Publishing, scientists have found a correlation “between time spent in nature and reduced stress, anxiety, and depression.”

They found that those who did a nature walk had lower activity in the prefrontal cortex, a brain region that is active during rumination — defined as repetitive thoughts that focus on negative emotions. (source)

Curiously, you don’t need to go on a long nature walk to get some benefits of spending time in nature. The article continues:

Digging a bit deeper, it appears that interacting with natural spaces offers other therapeutic benefits. For instance, calming nature sounds and even outdoor silence can lower blood pressure and levels of the stress hormone cortisol, which calms the body’s fight-or-flight response. (source)

It’s not clear exactly how and why nature has this impact on us. In our view, there are bound to be a whole host of reasons, ranging from environmental, microbial, social and psychological. But one popular hypothesis we hear often is that humans co-evolved with a few “old friends” in nature, ie. a bunch of useful microbes that offer helpful effects.

One such microbe is Mycobacterium vaccae, a mostly harmless soil bacteria found right in your own backyard. In 2017, Quartz magazine reported on this innocuous garden organism, that was unexpectedly found to produce positive mental and emotional effects: 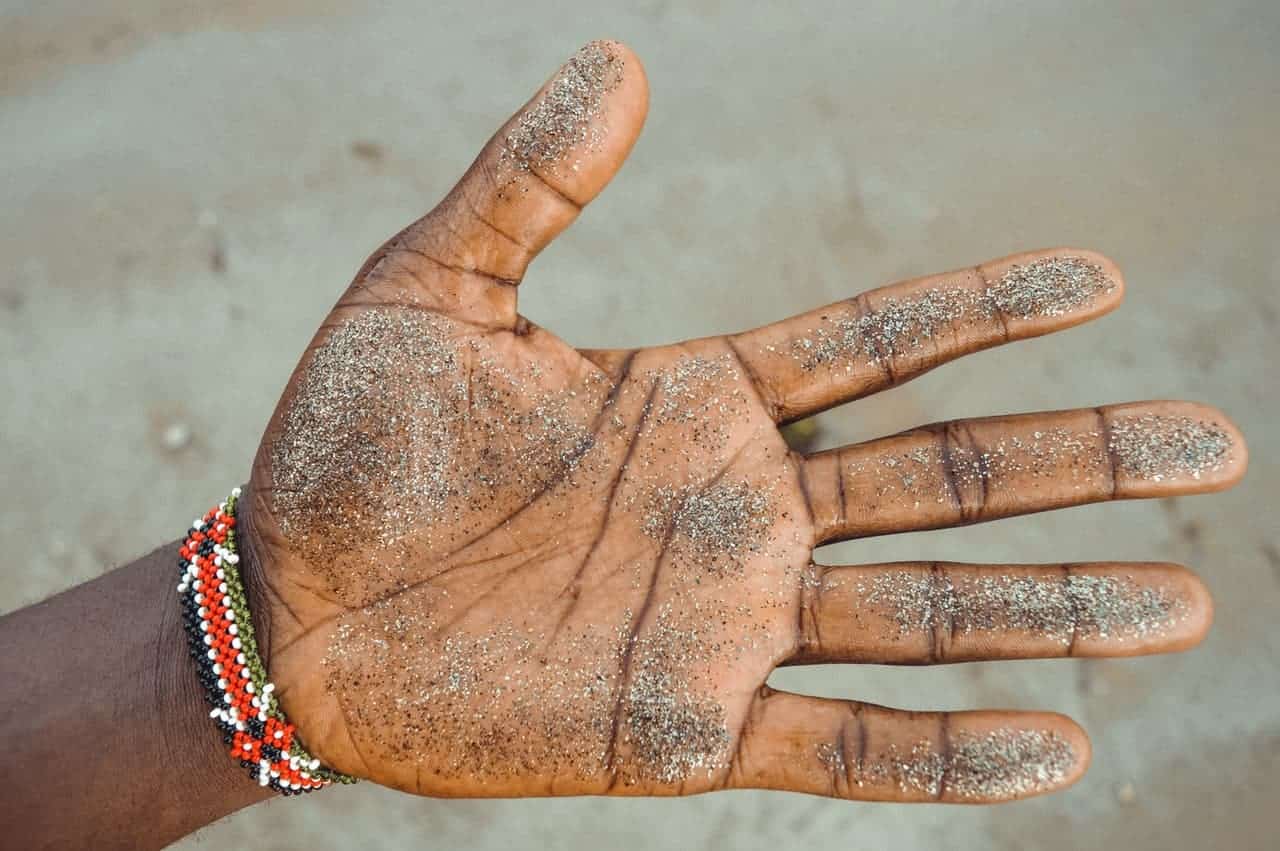 O’Brien thought maybe the bacteria could help her patients’ immune systems beat back the cancer in their lungs. It failed.

Only, it succeeded elsewhere: the bacteria injection “significantly improved patient quality of life,” O’Brien wrote in the paper detailing the findings. Her patients were happier, expressed more vitality, and better cognitive functioning—in short, it reduced the emotional toll of advanced cancer. (source)

The article continues to cite a later study that found M. vaccae was capable of stimulating the production of serotonin in the brain. Serotonin is a natural brain chemical generally considered a mood stabiliser, with low levels of it having been linked to depression.

Findings such as these and more have prompted some to call M. vaccae a “natural antidepressant”, with the possibility of using it to develop a “stress vaccine” when its effects and properties are better understood.

Gardening for our well-being

From their findings, PLB concluded that over 60% of Australians reported feeling a sense of satisfaction and a sense of accomplishment when in the garden, caring for their plants. Additionally, over 50% reported an improved mood and an increased connection to nature.

The full report is available on their blog, but one highlight that stood out to us was their prediction that 2020 “will see a rise in the use of gardening as a tool for mindfulness”. According to Toni Salter, the horticultural therapist they interviewed:

Gardening is something that is non-threatening, non-clinical and immediately brings you into an engaging space and surroundings. There’s evidence that both passive and active involvement in garden activities is helping to reduce stress, increase positive feelings and brings a sense of fun and hopefulness to participants. (source)

Well, as green thumbs ourselves, we don’t need much convincing. At the end of a long, stressful week, the calming effects of pottering around the garden are hard to overlook. When it comes to bushfoods especially, we can’t deny the extra satisfaction of doing our bit to support Australian biodiversity.

Again, we’re not doctors, and we don’t think gardening will necessarily cure your depression and anxiety. But with research showing the positive impact gardening can have on our mental health, combined with our own personal experiences, we certainly believe it can help.

Our tips for happy gardening

Take it slow, and enjoy the process as much as the result. Take in your surroundings while you move at a leisurely pace. Enjoy the sights and smells. Let your garden be a place where you can relax. If low-maintenance is your thing, choose bushfood herbs and plants that don’t require a lot of attention.

Choose plants that make you smile, for whatever reason. Some gardeners love a show of bright and colourful flowers, while some like looking forward to an end-of-season bush tucker harvest. Some get joy from knowing their garden will grow without much care. Others crave the satisfaction of returning a native plant to its natural region

Garden indoors. Good news for renters and apartment-dwellers — plants can bring just as much joy indoors. And if you’re running low on sunny windows, you can always opt for low-light plants or invest in a couple of full-spectrum bulbs.

Awaken your curiosity. Gardeners are never short of new and interesting things to learn about the natural world. Read up on your favourite plants and their curious cousin species. Learn a little about your location, so you can get to know the soil, the climate and the environment around your garden. Let discovery take you where it may.