Not available in Western Australia for a while

Cinnamon Myrtle (aka. Carrol, Grey Myrtle, Ironwood, Neverbreak, Australian Lancewood) is a native hardwood that was popularised as a bushfood in the late 1980s. Its leaves give off a cinnamon fragrance when rubbed or crushed, much like the leaves of the curry plant and kaffir lime. This rainforest species is native to subtropical eastern Australia.

Cinnamon Myrtle leaves may be used in place of conventional cinnamon spice to flavour curries, stews, soups, roasts, ribs and sauces. In desserts, they add a warm, earthy flavour to pies, biscuits, sweets, pastries and slices. They may also be used fresh or dried, steeped in hot water, to make a herbal tea.

To harvest, select young, soft leaves and pluck them straight off the branch. The tiny cream-white flowers usually bloom in Summer, attracting birds and pollinating insects.

This tree grows well in most soil and climate conditions, and will tolerate long, dry Summers provided it is watered regularly. Grows best in full sun, but can also thrive under part-shade or full shade. Its ovate leaves start out light and bright green when young, but darken with age. Allowed to grow bushy, this tree makes a wonderful addition to a leafy backyard.

In the wild, Cinnamon myrtle can reach up to 7m, but expect heights of around 3m in a home garden. With its naturally dense foliage, it makes an excellent shade tree, but has been also known to work well as a screen or windbreak. It may be kept smaller with regular pruning.

How much water does a Cinnamon Myrtle need?

In warmer climate zones, mulch around the base in late Spring and water your Cinnamon Myrtle heavily once a week. Water every few days if your tree is kept in a pot.

What are the round lumps on my Cinnamon Myrtle leaves and branches?

This is most likely a scale infestation. It won’t kill your plant, but can get out of hand if left unattended. Scale can be controlled with white oil, according to the instructions on the bottle.

Will a Cinnamon Myrtle grow well in cold weather?

Cinnamon Myrtle will tolerate the cold, but need protection from frosts when young. If growing this plant in a pot, move it to a warm north facing wall with reflected warmth when the plant is young. 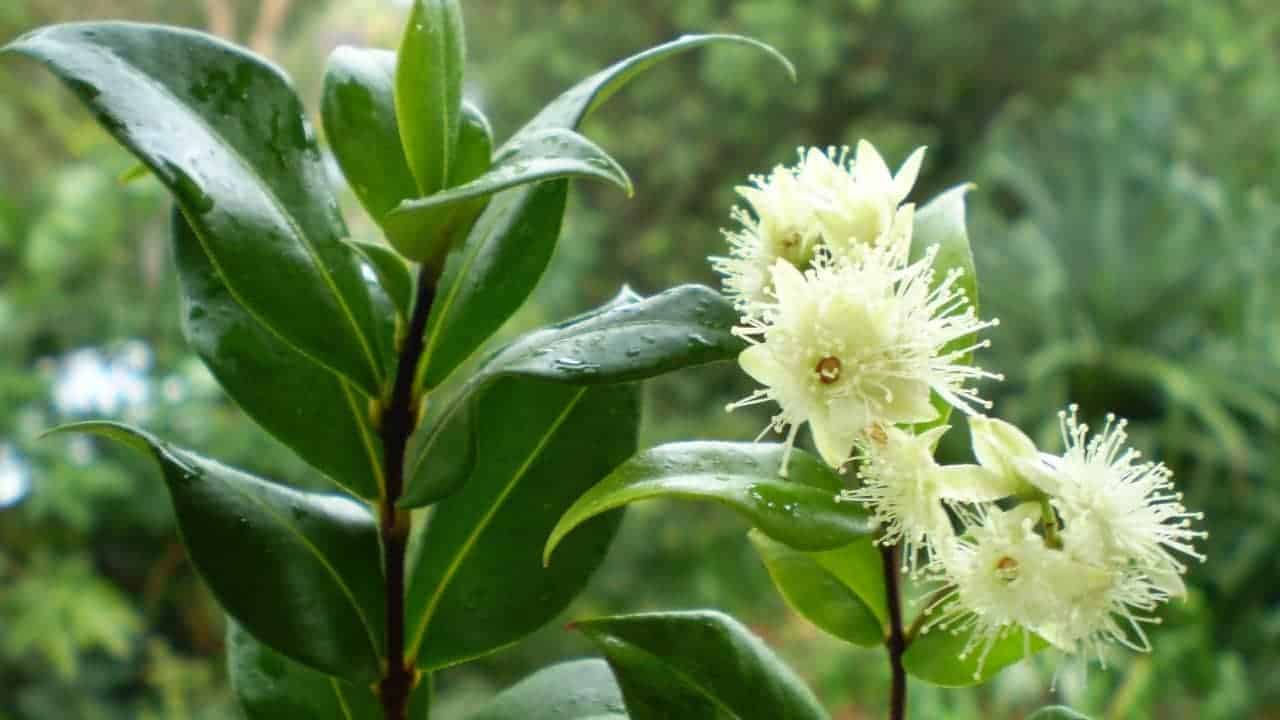