Also called the “Western Boobialla”, Waterbush is a fast-growing shrub found on coastal dunes, river flats and salt lakes. Traditionally, the berries were eaten by Aboriginal children, the gum used for glue, and other parts of the plant used medicinally as a tonic, laxative, headache remedy and rheumatism treatment.

Modern research has found compounds in this species, which possess significant antibacterial properties. However, this is one plant we recommend studying before bringing to the table — like tomatoes, apples and rhubarb, some parts make great tucker while other parts may be harmful in large quantities or if prepared incorrectly.

Waterbush’s small pink-purple berries (sometimes resembling mini Lilly Pilly at 5–7mm in diameter) are definitely edible, enjoyed raw or cooked as a culinary fruit. Considered more a “famine food” or novelty snack, they’re bitter with salty sweet notes, and can be used to add interesting flavour dimensions to both sweet and savory dishes.

Flowers are small and fragrant, bearing white, purple-speckled petals. Though unique and attractive, we don’t recommend using them as a garnish, as we can’t guarantee they’re safe to eat. This species flowers from August to January, with berries following through the remainder of the warm season.

Waterbush is a hardy, woody plant that’s adaptable to most soils and growing conditions. It’s salt-tolerant, drought-tolerant and frost-resistant, occurring in a variety of climes across Australia. For best results in a home garden, we recommend growing this species under full-sun or part-shade in a loamy soil that drains easily. Water well through the peak of summer.

This bird-attracting shrub will grow up to 4m tall and 2–3m wide, suitable for medium to large pots if pruned regularly. As it grows quickly and trims nicely, it’s perfect (and often recommended) as an edible garden screen.

How often should I prune a Waterbush?
Prune this plant year-round as desired — this will not affect flowering or fruiting.

Do I need to fertilise a Waterbush?
No, Waterbush is a highly adaptable species that can survive, and sometimes thrive, even in poor soils. However, backyard plants grown purposely for eating will always do better with extra care. We recommend a good organic slow release fertiliser, like Yates Dynamic Lifter.

Does the name Waterbush mean it likes a lot of water? How often should I water this plant?
The name “Waterbush” comes from this species’s occurrence in areas with reliable water sources. It is, however, drought-tolerant and requires next to no watering once established. This is a very waterwise plant that adapts quite readily to the environment it grows in. 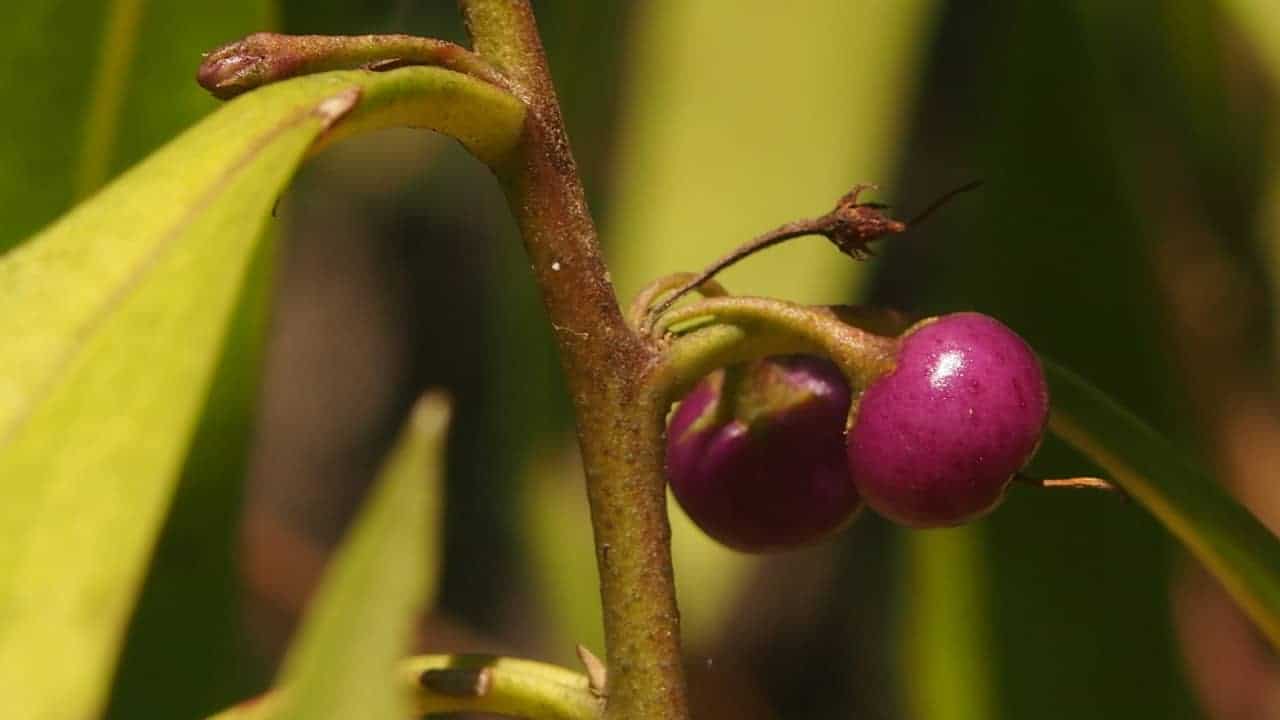